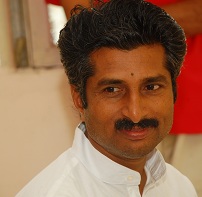 The Department of Yoga & Consciousness was established in Andhra University, Visakhapatnam in a very scenic environment on the beaches of Bay of Bengal to gospel the Yoga sutras during the VI five year Plan period. The Institute for Yoga & Consciousness is situated in Yoga village.

Fundamental Research on mind-matter interaction, empirical and conceptual research on Yoga and allied disciplines and organization of extension programs related to Yoga and Yogic therapeutics . with scientific and secular approach have been the prime objectives of the institute. The Institute, originally founded by Prof. K. Rama Krishna Rao, had two functionally independent wings; one for research and the other for extension activities: Research wing – has been interdisciplinary in approach and international in scope, the department attempts to bring together the high technology of the West and the wisdom of the East for a fuller understanding of human nature, an understanding that reflects at once the experimental objectivity of science and the experiential richness of traditional practices.

Extension Wing: offers extension services with multi -fold purpose (mentioned only two)- services to the public through Yoga in improving their health and wellbeing documenting the nature of problems and the benefits after availing these services. Encouraging Teaching and Research staff to take up research projects of both cross-sectional and longitudinal nature.

Initially, a three-months certificate course in Yoga was introduced in 1992. Later, Post –Graduate Diploma in Yoga Course was introduced in the academic Year 1993-94. It is running successfully with a student intake of about 40 students. After completion of the course some students have set up their centers in India and abroad, while others have joined in Schools and Colleges to teach Yoga, Meditation etc.

In the forthcoming years the department is aiming to introduce M. Phil and Ph.D. programs for the benefit of students of P.G. course to conduct research and enable them to make use of the database generated through extension services in the department and to publish the results through research articles thereby making this knowledge more accessible to wider academic elite and making the department truly international in its status.

The Department of Yoga and consciousness has been conducting numerous Health camps since 20 years to create health awareness and with a motto to Prevent, Promote, and Cure health and disease. Health Camps on Yoga and Health , Yoga camps for Degenerative Diseases, Special camps for Women, and Children, Naturopathy Camps for different health ailments, Diet and Nutrition Camps on various health issues, Acupressure camps etc.

The Department of Yoga and Consciousness provides the services of Library which is one of the centre of attraction in the department located in a serene environment to enhance and inculcate the reading habit among the students and staff. The library includes a Spacious Reading hall along with wide collection of Books, Periodicals, Journals, CDs, Newspapers , Atlas, Audio tapes etc. related to Yoga, Sanskrit, Philosophy, Psychology, Anatomy, Physiology, Naturopathy, Nutrition, Alternative Therapies etc.

The department of Yoga and Consciousness has conducted online programs during the Pandemic Situation of Covid 19, which is an enhancement to the department as well as to the University. Online programs on Pranayama, Yoga for Women, Yoga for General Health, Yoga for PCOD, for neck and back Pain, Yoga Training program for students, Program on Nutrition and Immune foods and Foundation Course on Naturopathy.